Members of Tempus Project took part in the Voronezh Forum which was held on 17-19 May 2017 at Voronezh State University, Voronezh, Russia. On this occassion Prof. Horak and her team presented Project results and engage into discussions on future of EU funded projects.
Alongside Voronezh Forum, Tempus team members took part into promotion of the 1st generation of successful master students of InterEULawEast Master Programme. Prof. Horak, Prof. Biriukov and Ass. Prof. Galushko handed over the  certificates on completion of the Programme to seven students of the Law Faculty Voronezh. On symbolic level this ceremony marked the greatest achievement of our Project - introduction of the master programme in EU and International Law and raising awareness of EU law and International Law among local students.
On 18 May 2017 Prof. Rustem Davletgildeev (KFU) held guest lecture in Tempus centre Voronezh on EU labour law. This lecture was contribution to the inter-institutional cooperation of KFU and VSU within WP2.
Alongide this guest lecture, Zagreb master student Ivan Melada held lecture on advantages of student mobility for foreign students and opportunities of Erasmus Plus projects for young generations from student perspective. Ivan Melada also presented the role and international engagement of FEBUNIZG student associations. Ivan's lecture was an opportnity to share Croatian experiences concerning student activism and their role in shaping academic community and nice occassion for discussion with local students on Russian student associations, their experiences and possible cooperation at student - student level. 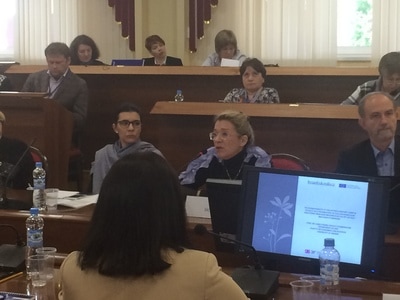 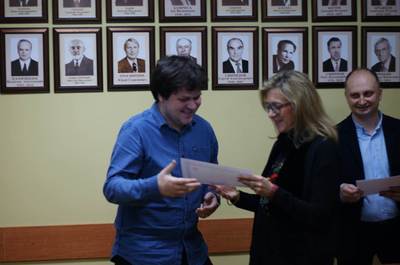 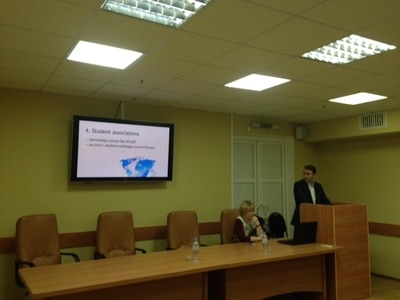 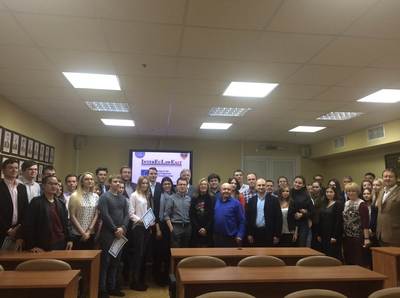 Realization of the Tempus InterEULawEast project at the Voronezh State University (30-31 March, 2017)

A.I. Abdullin, the professor of the Kazan Federal University, and assistant I.R. Asatullin held a number of events at the Faculty of Law of Voronezh State University and its Center of European and International Law on 30 and 31 March of 2017 during the realization of the Tempus InterEULawEast project. Professor A.I. Abdullin gave two lectures on discipline “Actual problems of international law”, and also held a meeting with the Dean of the Faculty of Law Yu.N. Starilov, various aspects of cooperation between Voronezh and Kazan law schools were discussed.
Assistant I.R. Asatullin held workshops to undergraduates of the program “International and European Law” on the following topics: “The Law of International Treaties”, “The Relationship between International and National Law”, “Territories in International Law”. Representatives of KSU also visited the Center for International Projects and Programs of the VSU, where they discussed further cooperation on grants with the Director of the Center A.V. Akulshina. 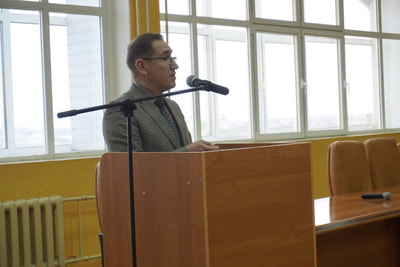 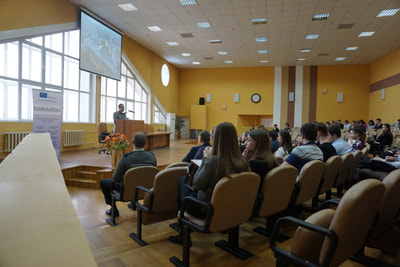 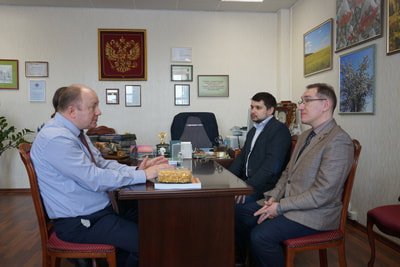 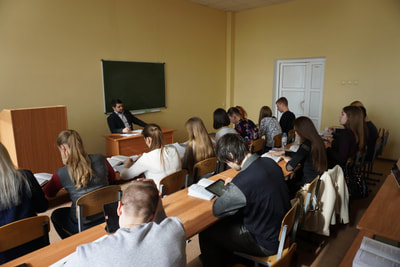 On 6 December 2016 Zagreb Tempus team and Voronezh Tempus team took part in the international information and methodological seminar “Capacity building in the field of Higher Education” in the framework of Erasmus Plus programme.
The seminar took part at Bauman Technical University, Moscow, Russia, and was organised by National Erasmus Plus Office Russia. The seminar gathered Mr. Michel de Martino, Officer for Economic Affairs in the EU Delegation in Russia, Mr. José Aurelio Llaneza Villanueva, Attache, Embassy of Spain in Russia, Mrs Olga Oleynikova, Head of the National Erasmus+ Office in Russia as well as representatives of several Russian academic institutions.
The seminar was a chance for group work, presentation of achieved results of ongoing EU funded projects and venue for discussion on state of play of current projects. The seminar was a perfect venue for individual consultation meetings on prospects of future collaboration between EU and Russian universities in EU funded projects. NEO Russia and Bauman Technical University also organised workshop on developing Logical Framework Matrix, important component of every project proposal.
​On behalf of the Tempus consortium Prof Horak presented the achievements of InterEULawEast Project, from the outset until the recent outputs – EU law textbook. In addition to afore-mentioned, Zagreb team presented and promoted the InterEULawEast Journal and our new EU funded European Documentation Centre – potential platform for collaboration between Russian and Croatian university libraries. Presentation was followed by several questions, mostly concerning our experience in dissemination of Project results. We are particulary proud that our Project received several compliments by Mrs Oleynikova and the attendees. This encourages us to be even better  – and to apply for the new 2017 call for proposals! 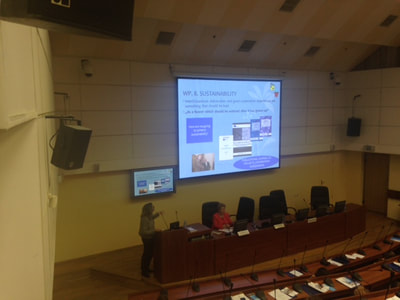 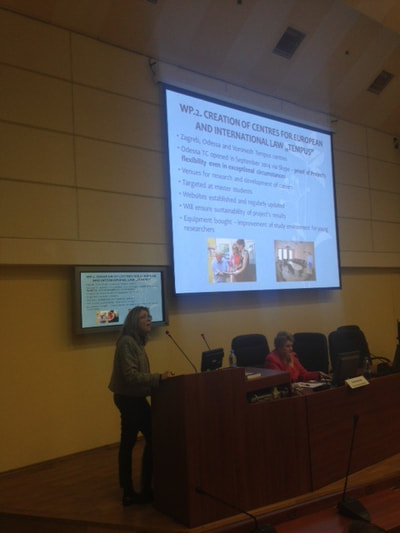 5-7 July 2016 the Voronezh State University hosted an international scientific conference “European identity and political challenges: old сoncept, new vision». It served for a discussion on the phenomenon of large European identity by experts from major Universities and research institutions of the EU.
The Conference gathered leading experts in the field of European studies, international relations, political science, international law, sociology and history of the largest universities and research EU institutions: Catholic University of Leuven (Belgium), University of Birmingham (UK), University of Seville (Spain), the Institute of Political Science, Bordeaux (France), University of Budapest (Hungary), National University “Odessa law Academy” (Odessa, Ukraine), National Institute of economic research of the Academy of Sciences of Moldova, etc.
The conference was attended by leading Russian scientists from almost all regions of Russia – from Tomsk to Kaliningrad and from St. Petersburg to Simferopol.
During the conference Associate Professor of the Voronezh State University Dmitriy Galushko on behalf of the InterEuLawEast Consortium made a presentation about our Tempus Project, its aims, actions, results and outputs. A newly prepared textbook on EU law attracted particular attention of the participants of the Conference. 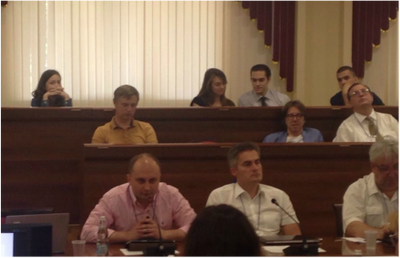 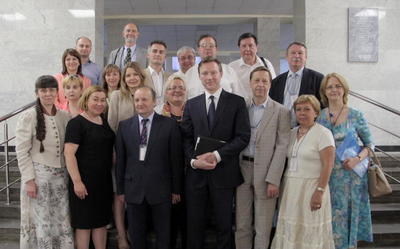 On the 1st of September 2015 there was conducted a ceremony of awarding of students ID cards to students enrolled for our Master’s Program “International and European Law”. In total twelve students will study on the Master’s Program. Professor Pavel Biriukov greeted the students with the welcome speech. He stressed the importance of such specialists as future graduates of the Program for Russia and development of its international relations. Professor Biriukov wished the students success and good study. 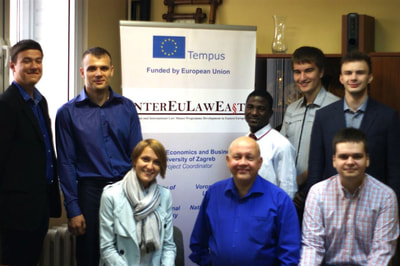 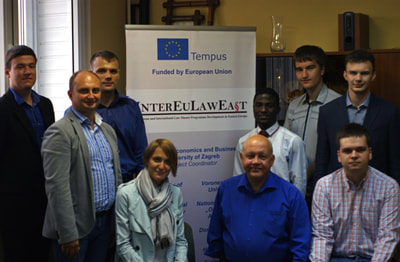 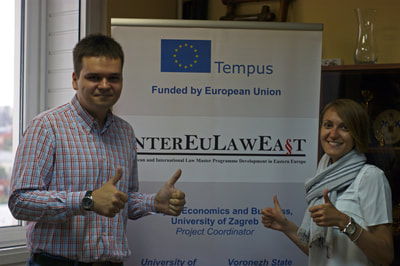 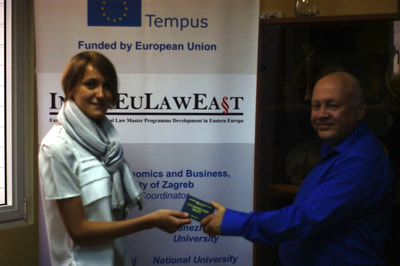 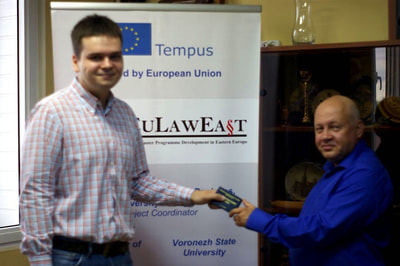 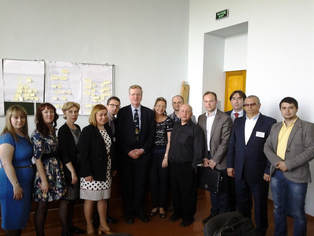 On 12th May 2015 Prof Horak presented InterEULawEast Project within International Forum “Educational and cultural area of the Commonwealth of Independent States: development vectors”, which took place on 12-14th May 2015 at Voronezh State University, Russian Federation. Forum gathered numerous participants from Russian Federation, EU, Ukraine and former USSR countries.  Prof Horak pointed out main aims and objectives, relevant facts on the Project implementation and achievements of InterEULawEast Project. After the presentation, Prof Horak replied to several questions on project implementation, which were posed by colleagues from other ongoing projects. The discussion showed interest of wider public as regards implementation of master programme in International and EU law. In the afternoon hours, Anna Muravieva, National Erasmus Officer, Prof Horak and representatives of other co-beneficiaries participated at discussion on results of monitoring of the Project. Aim of the meeting was to find methods of improving project implementation in line with current needs of Russian high educational system.

On 13th May 2015 well-known expert Dr Declan Kennedy of Cork University, Ireland, gave series of lectures on writing and using learning outcomes. This interactive methodological workshop gathered numerous participants including staff members of InterEULawEast Project. Dr Kennedy pointed out importance of proper writing and using learning outcomes in preparing master programmes. This was a chance for staff of project co-beneficiaries to learn more, aiming at improving current master programme and harmonise it with standards and best practices of Bologna process. All staff members successfully passed workshops and certificates of attendance were solemnly awarded.
The InterEULawEast fair at the VSU

On March 20, 2015 on the basis of the VSU TEMPUS Center for European and International Law there has been conducted a fair for VSU students – «Modern Issues of the EU law». The first speaker was Professor Pavel Biriukov. His speech was devoted to some actual issues of legal regulation of economic relations and the functioning of the EU internal market. Lecturer of the Department of International and European Law Ilya Zhdanov described the questions of interaction of the European Union with its Member States. Associate Professor Dmitriy Galushko made a report on relationships between the European Union and partner countries and the Russian Federation. He focused his presentation on the TEMPUS project “International and European Law in Eastern Europe». Dmitriy Galushko told the audience about the project, progress of its implementation, the future master’s program “International and European law” and the mechanism of scholarships to study abroad for future master graduates of the program.

The next speech was given by Danil Kustov, deputy head of «The Investment promotion agency of the Voronezh region” of the Department of Economic Development of the Voronezh region. He stressed on importance of teaching students to international and European law, welcomed development of the master’s program “International and European law», he also raised issues related to future employment of the graduate master students of the program. The next speech of Dmitry Bondarenko, leading specialist of the VSU office on international student programs, was devoted to opportunities for the VSU students to study abroad and to participate in volunteer programs, in the EU mobility programs.

During the event, to attention of the students were also presented materials, developed and published within the InterEULawEast TEMPUS project – the «InterEULawEast Journal for the International and European Law, Economics and Market Integrations» and the textbook «European Market Law Handbook vol. 1 “.
Voronezh Tempus Center has been officially opened 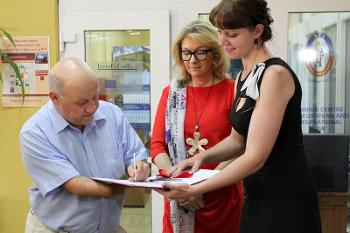 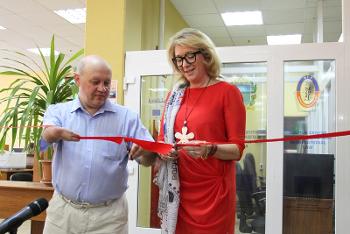 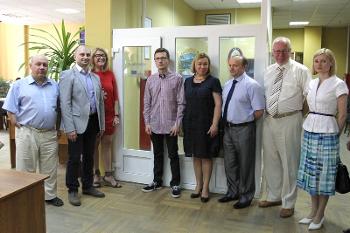 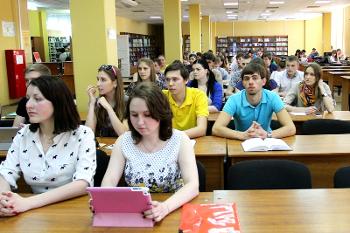 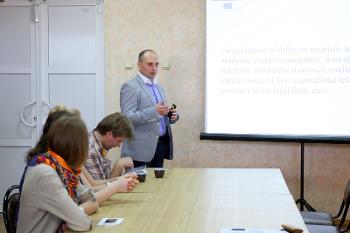 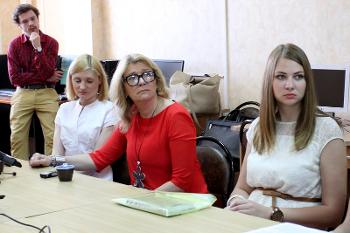